Cleaning up Your Criminal Record (Expungement) 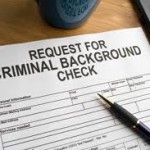 Anybody can make a mistake or have a momentary lapse in judgment. But when this lapse in judgment results in arrest, criminal charges or a criminal conviction it can haunt you for a long time, especially when a prospective employer is seeking to conduct a criminal background check.  There is, however, a legal remedy available to limit the negative effects of the records relating to these incidents under certain circumstances: Expungement.The legal remedy of expungement serves to seal the records related to criminal charges and convictions from the general public (It does not provide for the destruction or return of the records to you).

So, how do you know if your criminal matter was “resolved in your favor?”

If the matter was not resolved in your favor, which is the case for the majority of criminal matters, you are not entitled to expungement and you will need to prove to the court that either your constitutional rights are being seriously infringed upon by the retention of the records related to your criminal matter or that, on balance, the benefit to you from getting an expungement is more than the disadvantage it would be for the public to not have access to your criminal record. The court will make this determination based on a number of factors, including, (a) the extent you demonstrate difficulties in securing employment or housing as a result of the records sought to be expunged; (b) the seriousness and nature of your criminal offense; (c) the potential risk to the public’s right to access the records; (d) any additional offenses or rehabilitative efforts since the offense, and (e) other objective evidence of hardship under the circumstances.  If you determine your case was not “resolved in your favor,” you should be sure to contact the BCA to see what records are on file via both a public record search and a private record search (some minor crimes are not reported).  Based on this information, you can determine what would be reported by the BCA even if you were successful in your request for an expungement and the records of the court were sealed.

As stated above, expungement is a complicated process, best pursued with the assistance of an attorney.  It involves a lot of paperwork and attention to detail, and will take at least four months to complete the process.  If you decide to go forward and request an expungement, you should talk to an attorney, or at a minimum, be sure you understand all of the required procedures and that you carefully follow them.